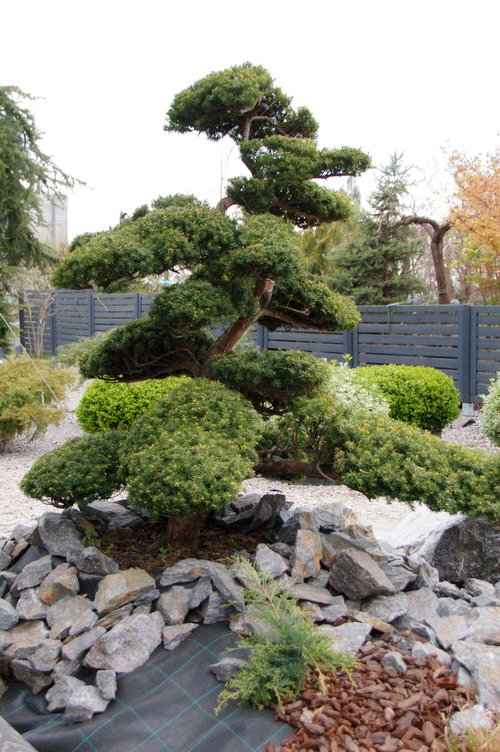 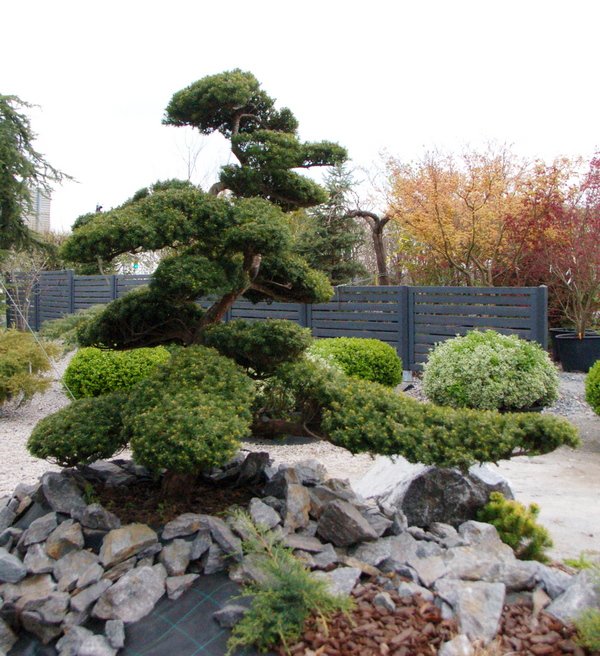 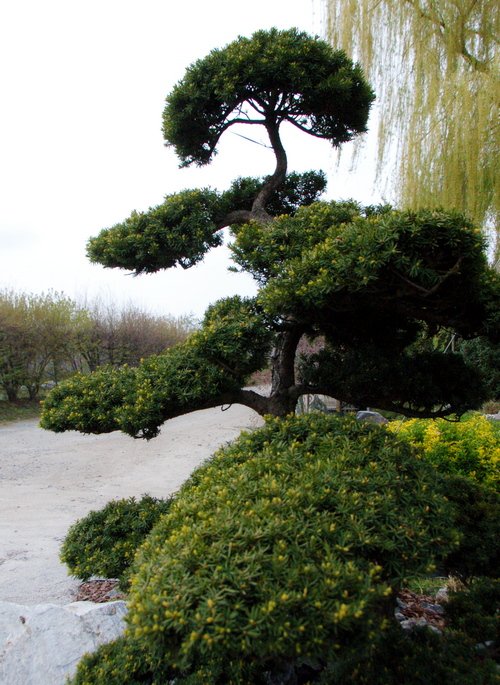 Japanese yew maintains its habit into old age, it is a highly resistant species which can withstand freezing temperatures and less favorable habitats. It thrives in half-shed, yet it tolerates sunlight as well as sheltered sites. It prefers lime-rich soils; however, it can be grown in other locations too. Medium watering is required. Yews tolerate dry conditions well.
It is suitable for cutting. No other conifer is so easy to cut. Their propagation is mostly done by cutting. This is why this macro bonsai is suitable for true beginners. It is only necessary to observe the recommended season of cutting and to cut the shrub in direct sunlight, which poses the risk of needle burns. Bonsai are usually cut 3 to 4 times a year or more often.

This species of macro bonsai (Taxus cuspidata) has broad applications. Because it tolerates dry weather, sunlight, shade and urban pollution it can be grown in a variety of sites where other woody plants would not survive.